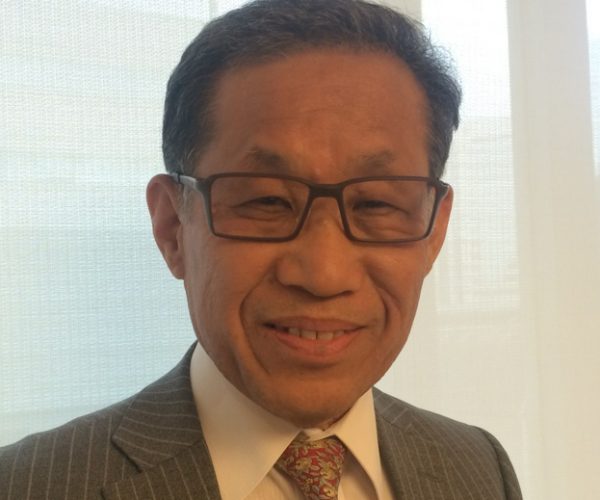 We had the chance to meet personally Mr. Shuichi Ohno, Executive Director of the Nippon Foundation some months ago during the European Venture Philanthropy Association’s annual meeting in Madrid and our talks never stopped.

Japan is a very interesting Country with a long tradition in philanthropy. According to the Japan Foundation Center, Foundations in the Country are around 9,000, including operational and grant-making Foundations. These one are around 2,000.

In this scenario, with an endowment of € 2,4 billions and € 270 millions of annual program budget, the Nippon Foundation is the biggest among the Japanese grant making Foundations. This role leads the Foundation to a huge responsibility as Social Innovator in Japan and abroad.  The Nippon Foundation was established by Mr. Ryoichi Sasakawa in 1962 as the Japan Shipbuilding Industry Foundation, to promote the reconstruction of postwar Japan through the development of the shipbuilding and shipping industries. Over the years, the Foundation’s activities in Japan expanded to include projects that support health and hygiene, fire fighting, disaster preparedness, food security in Africa and the elimination of leprosy. The Nippon Foundation draws the majority of the funds needed to support its many projects from the proceeds of Japanese motorboat racing.

Mr. Ohno, in the creation and development of the Nippon Foundation, the figure of Mr. Ryoichi Sasakawa is crucial. Which is the strategy in the setting up of the several Sasakawa Foundations existing at the moment in the world and which kind of relations do you have with each of them?

I can confirm that we have a strong network of more than 20 affiliated organizations and that among them some are named “Sasakawa”.  We decided to create some of these Foundations in order to promote friendships with some of the most strategic Countries for us as e.g. France through the Fondation Franco-JaponaiseSasakawa, United Kingdom through the Great Britain Sasakawa Foundation, North Europe with the Scandinavia-Japan Sasakawa Foundation and United States with the Sasakawa Peace Foundation USA. Moreover we decided to create another group of Sasakawa Foundations focused on particular issues, so e.g. the Sasakawa Africa Association involved in the agricultural training in Africa, the Sasakawa memorial Health Fund that works in partnership with the World Health Organization in the elimination of leprosy and the Sasakawa Peace Foundation, a think tank to respond to increasing natural disasters and social crises. Each of these Foundations are independent but we are strictly connected, we share values and visions and wemaintain very friendly relations organizing common events and several visits during the year. This is also the reason why you can find in our Annual Report a geographical repartition of funds since 1962, that underline a 24% dedicated to Europe. Actually we don’t donate now there, but each of the Sasakawa Foundations created in Europe was born thanks to an endowment given from us.

Which is your model of intervention? Can you classify yourself as a traditional grant making foundation or do you prefer to be classified as a Venture Philanthropy Foundation? Do you give non financial support to your partners and of which kind?

We are a grant making foundation but we are in the process to transform ourselves in an organisation that not only gives moneys but also support the recipients with incubation, management and technical assistance more close to a venture philanthropy approach. We also consider ourselves as a Strategic PhilanthropyOrganization. About our activity of granting, please note that we don’t stay at the office waiting for applications but we are a very proactive donor that travels and visits several possible partners all around the world, to have a clear idea about the activities and the possible programs to support.

You are working in the promotion of Social Innovation. What does it mean for you?

Social Innovation can be interpreted in a lot of ways, in our case we think that we need to introduce a new approach to face the social issues affecting Japan and other Countries. In particularly we are now working to setting up a system able to allow us to make investments, do loans and realize a first pilot project of a social impact bond. We formed working groups with several municipality governments to identify  programs to cope with issues such as adoption, dementia and youth unemployment etc. funded by our moneys and able to ask other investors for funds, in the typical mechanism of social impact bonds. We hope to be able to realize some precedences in 2017.

This is very interesting. Actually in Europe in this moment the debate on Social Impact Investing is raising. This sector would be the future also for the Nippon Foundation?

The Nippon Foundation is very interested in Social Impact Investing but we are not allowed to provide loans or equity to a non-profit organization  because the Nippon Foundation was created by a special law and supervised by the Ministry of Transportations and this limit us in certain things. For this reason in 2013 we decided to create the Japan Venture Philanthropy Fund to provide NPOs and social enterprises with mid-and long-term financial and management support to increase their social impact. The fund raised until now equals more than two million euros thanks to the matching gift activity realized by the Nippon Foundation that match every private donation with another donation of the same amount. We have already started our work supporting three non-profit organizations and one social enterprise in Japan. We also created a loan program  in Vietnam in collaboration with the Vietnam Bank for Social Policy, in order to give microfinance to people with disabilities. I am very proud of these projects!

Thank you for sharing your strategies with us and I’d like to ask you another final question: which is your opinion about the best way to measure social impact?

The impact measurement is a great debate in the international arena; until now Japan is not so advanced but we are catching up! Under the umbrella of the G8 Social Impact Investment Taskforce the Nippon Foundation created 4 commissions, supporting every costs, in order to study some of the most priority issues. One of this group is actually focused on the study of social impact measurement. Working very close with the Government, they have realized a first series of pamphlets to explain how to measure social impact in strategic areas for Japan as education and the improvement of the conditions in the rural areas, showing how to revitalise the regions outside the big town