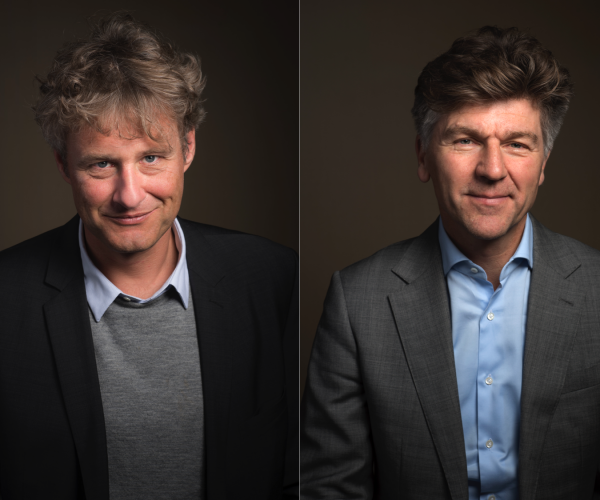 Could you please describe the origins and evolution of Het Prins Bernhard Cultuurfonds?

The Prince Bernhard Foundation was founded in 1940 in London, when Europe was occupied by Nazi Germany. Dutch citizens who found refuge abroad wanted to do something to liberate The Netherlands. Together they decided to launch a fundraising campaign in order to provide the Dutch and British army with Spitfire fighter jets, torpedo boats and other weaponry. Endorsed by Prince Bernhard – grandfather of our present King Willem-Alexander – a considerable amount was collected: 20 million Dutch guilders.

In 1946, after WW II, Prince Bernhard and the Board radically changed the mission of our Foundation. Mainly operating as a grant-maker, it started supporting cultural initiatives targeted at general audiences to strengthen the morale within Dutch society. At present – almost 80 years onward – we broadly still do. However, in many respects we have widened our horizons. The remit of the Prince Bernhard Cultural Foundation is not confined to culture alone. With 35 million euros our Foundation awards over 3,500 grants a year for projects in the field of culture, nature as well as science & humanities such as:

With over 3,500 grants a year, it is impossible to represent the variety of what the Prince Bernhard Cultural Foundation does in a few pictures and stories. Therefore we constantly update our website in order to inform our stakeholders about the projects that are supported and that may be visited at this very moment in different parts of the country.

If you want to have a look for yourself, please visit: www.cultuurfonds.nl. And, although our activities are mainly focused on the Netherlands, we operate in an international context as well.

The effectiveness of fundraising strategies tends to fluctuate over time.

Collecting door-to-door clearly is less rewarding now than in the 1950s. Yet the Prince Bernhard Cultural Foundation clings to this tradition. The commitment of all people involved is valuable in itself – actually it is of greater value than the proceeds as such. For similar reasons, we now provide amateur organisations with tools and knowhow to start their own crowdfunding campaigns.

As a matter of fact, engagement is of critical importance in all fundraising endeavours. We have experienced that patrons and major benefactors appreciate our Foundation for sincerely listening to their questions and ideas. Regardless of whether these can be fully answered or realised, we find it very instructive to hear what makes them tick, and understand what they would like to achieve as philanthropists.

In which sectors are you active and how did you chose the fields of action?

After investigating our archives before the celebration of our 75th anniversary in 2015 scholars of Utrecht University concluded: The Prince Bernhard Cultural Foundation – renamed in 2000 – has had a major impact on Dutch culture and society at large. In the course of time we broadened our scope. In addition to culture, our Foundation nowadays also supports nature, science & the humanities, as well as philanthropy in general.

Which are the main results and milestones the Fund achieved during its first 78 years of activity?

Our organisation was founded by active citizens who took their social responsibility during WW II. We consider these citizens the main stakeholders of our Foundation, and in a wider perspective of an advanced society as such.[1] We either initiate or fund activities for the benefit of all: ordinary people that make the effort to realise some of their ideals and thus make the world go round.

As securing resources to do so is a constant challenge for organisations like ours true to the origins fundraising has always been a fundamental element in realising our ambitions. In the course of time the Prince Bernhard Cultural Foundation has gradually become a hybrid fund.

In addition to our headquarters in Amsterdam, the Prince Bernhard Cultural Foundation has offices in all 12 Dutch provinces. With them we have developed and maintained a widespread network across the Netherlands since the late 1940s to which the organization owes a great deal of its success. All over the country the Foundation is deeply rooted in our national DNA.

This enables us to mobilise tens of thousands fundraising volunteers each year. Collecting door-to-door – in the last week of May or the first week of June – they provide our foundation with new means, and with substantial free publicity in the local press and media. The tradition and reputation of our Foundation have proven beneficial in other ways as well, and still do. Our consistent stakeholder policy is a fundamental incentive for goodwill. Thus we have direct access to about 400 pro bono advisors whom we can consult on all sorts of topics: among them King’s Commissioners, university professors and museum directors.

Recognising the quality and efficiency of our procedures from the 1960s onward, donors entrust us with endowments. By now we administer over 400 of them. Each year, about 30 more are transferred to us. Some are intended for conventional purposes, others require more attention in order to attract appropriate applications. But somehow we always manage to find them.

By fostering a culture of giving, the Foundation has gradually developed its expertise in helping philanthropists such as: 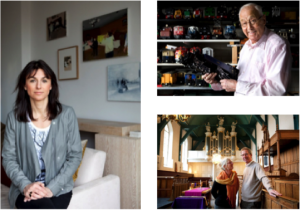 An art collector, for whom we support young academics pursuing research in the humanities

In recent years more and more benefactors have contacted our Foundation with specific questions and wishes. So far there is no other institution that can help them yet. Therefore we aim to establish a Centre for Philanthropists within the Netherlands.

Furthermore from the 1950s onwards – as the revenue of capital acquired in WW II and proceeds of collecting door-to-door proved insufficient to meet all eligible applications for meaningful activities – we have identified and cherished yet another source of income. Together with some other Foundations we have successfully advocated legislation that provides charities with lottery proceeds. The Prince Bernhard Cultural Foundation has co-founded De Lotto in 1950 and the BankGiro Loterij in 1970 and benefited from both ever since.

In matching – and almost doubling – our lottery income with donations by patrons and major benefactors we make a strong case for the current restrictive gambling legislation. However the previous Dutch government was seriously considering a radically more liberal policy that would strongly disadvantage charities as their lottery proceeds might have dropped drastically. Our Foundation was actively involved in creating public awareness on this matter and seems to have convinced a majority of current Dutch MP’s to enforce more prudent decisions.

What is the Fund’s approach to social impact assessment? Do you evaluate the projects by your own or do you prefer an external evaluation?

The Prince Bernhard Cultural Foundation firmly believes active citizens can best shape society themselves and should be enabled to do so as much as possible. We consequently consider it very meaningful to spend most of our resources as a traditional grantmaker in response to requests. The Foundation processes about 5,000 applications a year.

Altogether, our 12 provincial offices and Amsterdam headquarters combined provide over 3,500 projects with a grant. Even though the success rate is reasonable, this still means 1,500 people have submitted their plans in vain. We don’t want to discourage them to try again. We need their future proposals as well, to make sure our Foundation can always fund the best projects available.

For this reason, it is important the selection procedures of our Foundation are accurate and transparent. Applicants may of course contest the outcome, but the quality of decision-making processes should be beyond all doubts. Therefore we always consult experts and only provide support with their approval. Impact assessment in our opinion starts right here in meticulously choosing the best possible proposals.

Our Foundation is however reluctant to make assertions concerning the public value of supported initiatives. Ascertaining the effects of projects within society is a very complicated and costly endeavor. Even more so as the Prince Bernhard Cultural Foundation is active in a great variety of disciplines and activities. Claiming impact would also be presumptuous as we in most cases we merely act as co-funder.

Our Foundation obviously monitors projects in the making and evaluates the results and possible shortcomings. This may occasionally – in cases of obvious negligence – have consequences for the awarded amount as grants are usually paid out afterwards. If grants involve large sums or experimental activities we can contract professional experts to assess the effectiveness of initiatives. Yet we are hesitant in doing so as we generally rather invest means in projects themselves.

You are part of the Transnational Giving Europe, that allows tax-effective cross-border cash donations. Are in the Netherlands tax incentives for giving? Do the incentives apply in cross-border scenarios?

The Dutch State favors philanthropic donations to public benefit organizations with tax incentives. However in order to qualify a beneficiary has to formally sign up for a registration as so called ‘ANBI’ – an abbreviation for institutions pursuing general interests – by the tax authorities. If designated as such these provide waivers for gift and inheritance taxes.

Besides the former national government has decided – along with budget cuts after the economic crisis – to promote giving to cultural organisations in particular with additional fiscal measures running from January 1st 2012 until December 31rd 2019. An exemption of 25% extra on income taxes applies for donations to a ‘cultural ANBI’, but regular rates recur for gifts beyond the maximum of € 5.000 a year.

The incentives mentioned also apply for Dutch donors in cross-border scenarios provided that the foreign beneficiary is registered as ANBI in the Netherlands. To do so an organisation has to fill in a form and submit it directly to the Tax Authority in the city of Eindhoven together with some documents.

[1] Since 1950 we every year decorate some of the most eminent citizens with a Silver Carnation, to honour their persistent pro bono efforts for specific culture- or nature-related purposes. Our former Queen, H.R.H. Princess Beatrix, hosts the annual Silver Carnation Ceremony in the Royal Palace in Amsterdam. She took on this role after her father, H.R.H. Prince Bernhard, passed away in 2004 – for half a century he attended all previous ceremonies.