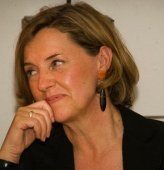 With an annual grantmaking budget of more than €12 million, since 2007 the Hilti Foundation is a joint institution of the Martin Hilti Family Trust and the Hilti Group. Three keywords can be useful to summarize the Hilti’s model: a multi-faceted governance, a mutually beneficial approach with the CSR activities of the Hilti Group, and the use of partnerships with experienced players in the social sector.

We talked with Christine Rhomberg, Managing Director of the Hilti Foundation, to further explore the Hilti’s universe and how the Foundation operates to generate social impact.

Many different players participate to the Hilti’s universe and concur to the work of the Hilti Foundation. Could you help us highlight the governance model and what are the roles of the subjects involved?

We can try to describe it as a triangle: the first player if the Martin Hilti Family Trust. In 1980 the founder Martin Hilti, together with his four children, decided the renounciation of inheritance and installed the Trust in order to secure the company’s future and to preserve the well-being of the family as well as the familiy’s social values. The beneficiaries of the Trust are the Hilti family members as well as theHilti Family Foundation, which is kind of a roof construction for the Hilti Foundation and other additional foundations.

The second player is the Hilti Goup which is a private corporation whose shares are 100% owned by the Hilti Family Trust. The structure evolved during the years, as Martin Hilti followed the development of the company always trying to find a model that, independently of the family, could secure the continuity of the company – even in the case the Hilty family wasn’t present any more one day. This also means that none of the family members can inherit the company: they benefit from its profits but don’t have a right to own it. This was the founder’s and his family’s choice in order to assure stability.

The third player is the Hilti Foundation which was founded in 1996 as a non-profit foundation of the Martin Hilti Family Trust. Since 2007 the Foundation has been financed by the Martin Hilti Family Trust and the Hilti Group. The Board of Trustees is therefore composed jointly of representatives from the Trust and the corporation. 50% of our budget comes from the corporation and Michael Hilti is a member of the Board as representative both of the family and of the trust.

How would you describe the relationship which occurs between the work of the Hilti Foundation and the CSR area of the Hilti Group?

Of course they proceed in alignment and reinforce each other – the Hilti Foundation and the company in 2007 became a joint activity and at that time the Hilti Foundation took over part of the social responsibility for Hilti Group: we understood that it did not make sense to work parallel on the same field. The big focus of both organizations goes in the same direction and we execute part of Hilti Group’s social responsibility activities. Of course we are not doing everything: many of the international market organizations of the corporation operate their own projects locally, but the main programs and the big scope is carried on with a joint vision – “Building a better future” by empowering the results and reducing the waste of resources.

How does the Hilti Foundation operate to generate social impact?

Our first characteristic is trying to mainly work with reliable partners. We think NGOs and other organizations have so much experience and knowledge that is does not make sense to duplicate their effort: we prefer to support them. We also have our own directly implemented initiatives – as the affordable housing project in the Philippines that was started from scratch; but again always partnering with international institutions (as the United Nations) and local ones (like the Homeless Federation in the Philippines). We strive to connect with people that have more specific experience than ourselves, learn from them, and then spread this knowledge and use it for other commitments. It does not make sense to think you can re-invent the wheel.

We also prefer to focus on some areas not to lose ourselves going into too many fields of activity, and mainly we operate in “culture, science & education”, “affordable housing” – a theme strongly connected to our corporation – and in “vocational training”. What links all these initiatives is that we want people to develop their own skills to help themselves. It’s about enabling people, not just donating money.

Finally we try to control results and the impact we have: this is something that from our experience is not always done as it should be, with money often being spent without caring about the follow up. We have a regular reporting system that partners use to send us monthly reports and we try to be on-site very often.

What is the Hilti Foundation’s approach to grantmaking?

In general we want to focus on not too many initiatives, going deeper into individual projects, and also try to connect different projects in the same areas because we think they can reinforce each other. We have experienced over the years that many programs tend to work in isolation therefore we want to raise the intercommunication and the way they link to each other. Different institutions must speak to each other and learn from each other.

Contributions in the field of occupational education and training were more than doubled. They were funded with 1.7 million CHF (previous year: 800 000 CHF).

Equally, funding for affordable housing was also significantly increased to a total of 4.5 million CHF (previous year: 3.7 million CHF). Contributions towards social development and social entrepreneurship were each increased by 100.000 CHF.