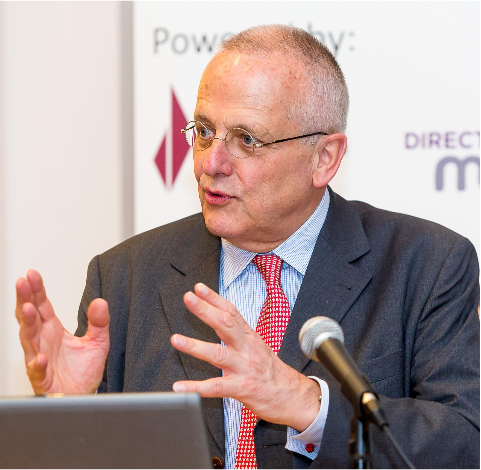 The Maecenata Foundation is an independent Think Tank founded in 2010. The legal seat is Munich, while all programmes are run from Berlin. It addresses issues of civil society, civic engagement, philanthropy, and foundations. Since 2011 it comprises all of Maecenata’s activities. The foundation directs the activities of its programmes to represent carefully considered positions. It is heavily engaged in the transnational strengthening and development of an open society in Europe and beyond through civil society.

Today we have the chance to speak with Mr. Rupert Graf Strachwitz, founder of the Maecenata Foundation and among the most influent persons in the Foundations field in Europe.

Mr. Strachwitz, thank you for your time. First of all, we’d like to share with the Italian audience the origins of the Maecenata and the evolutions that leaded the Foundation to become one of the most influent think tank in Europe on philanthropy and social issues.

The Maecenata Institute for Philanthropy and Civil Society was founded in 1997. It is a recognised independent research and policy centre, promoting awareness of civil society through its own research, academic teaching, and publications. The research activities have changed over the years but the core activities remain theory and practice of civil society, legal framework, philanthropy and foundations. We publish our findings both in English and in German. The most popular series is Opuscula, arrived at the 100th edition this year. Observatorium, a new series, consists of 6 page papers on political issues.

The Maecenata Foundation was founded in 2010 as an umbrella for Maecenata’s not for profit activities. It addresses issues of civil society, civic engagement, philanthropy, and foundations. The foundation directs the activities of its programmes to represent carefully considered positions. It is heavily engaged in the transnational strengthening and development of an open society in Europe and beyond through civil society.

Please tell me about your contribution to the development of the international transfer of donations among Countries.

The Transnational Giving Europe network was born in 1999 thanks to the engagement of Fondation de France, King Baudouin Foundation, CAF and the Prins Bernhard Cultuurfonds. They were looking for a German partner to spread the network and since in Germany no Foundation was able to comply, we decided to create a new specific organisation, originally called Maecenata International, and today the Transnational Giving programme of the Maecenata Foundation.

In 2016, the Maecenata Foundation transferred more then 7.5 millions euro across the world, collected from 1,700 private and corporate donors, not counting micro-donations through apps.. It’s a big success, and our work is still going on, even if the money transfer today requires more attention due to increased regulation connected to fighting money-laundering and terrorism. The beneficiaries are usually, but not exclusively big organizations, such as universities or the Un World Food Programme in Rome. The service we provide is focussed on private and corporate donors as they need the tax deductions, but we are increasingly approached by foundations, who may profit from our know-how. Also, we now have Donor Advised Funds under management, to select the best nonprofit partners especially in central and eastern Europe.

Can you give us an overview on the Foundations sector in Germany? How many Foundations are operating, in which social issues are they involved and with what kind of support?

Secular Foundations in Germany are around 50,000 but we don’t have the exact number. We have several types of Foundations, some are registered, someone not: 20,000 have a legal personality. On top of these, we have 100,000 religious Foundations connected to the biggest Churches, usually they are owners of religious buildings. In general we can say that 2/3 of the 50,000 German Foundations are grant makers, 1/3 are operating or both operating and grant making.

Venture Philanthropy, impact investment and a more entrepreneurial attitude are big debates in the German foundation community, due to the financial crises. Some years ago Foundations received around 5% of financial revenues from their investments, today the amount is around 1% – so it’s compulsory to find a new strategy to support social initiatives. In Germany Foundations are becoming more entrepreneurial and giving non financial support to other nonprofits. The new Secretary General of the German Association of Foundations is trying to nudge foundations into the transformation to an entrepreneurial view of philanthropy and this is interesting.

In Germany in this moment there is also a big debate on legal reform for Foundations. One of the topics is the lifespan of a Foundation: some funders would like to spend the assets down and then close the Foundation. This solution is better that having a lot of small inactive Foundations without endowments that only generate costs. Another big topic is the possibility for a funder to change the mission of the Foundation after a few years. Personally I do not think this is a good idea as it goes against the true principle of foundations.

Foundations at the moment are very active on domestic social needs especially on social welfare (50% of all foundations), with the immigration issue high up on the agenda. Other topics include art, education and research. A smaller part is dedicated to international cooperation.

Do you want to close with a special message to our Italian audience?

Yes, it is a message not just for Italy but for all the European Foundations: civil society, including Foundations and Philanthropists has to take the lead in creating a united Europe. We cannot leave this most crucial task to governments alone, we all have to join forces in strengthening European cohesion.